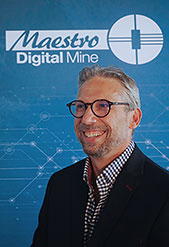 Mr. Ballantyne has 32 years of experience designing and manufacturing technology products specifically for the mining industry. During this interval, he has successfully led the development and deployment of several communication, sensing and control products within the global mining community for a variety of customers before jointing founding Maestro Digital Mine. David has significantly contributed to Maestro's two Innovation Awards, an IoT Commercialization Award and 2021 Company of the Year Award. 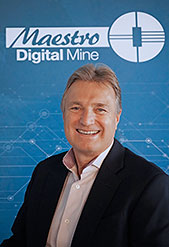 Mr. Gribbons was born and raised in the Sudbury region. Michael has 38 years of experience in mining and industrial process control. Synergy Controls, under Michael's leadership, has won dozens of sales awards along with two Innovation Awards since its inception in 1992.

As CEO and co-founder, Maestro has received two Innovation Awards, an IoT Commercialization Award and recently a Company of the Year Award. Michael has been an active volunteer with the Greater Sudbury Chamber of Commerce in advancing roles as board director, treasurer and sitting on the executive board. Michael also served two terms as a board director and treasurer of CAMESE, now called MSTA a national (Mining Supply and Services Trade Association), two terms as Board Director and Vice President of MineConnect as well as a two terms of Board Director and co-chair of MIRARCO Mining Innovation. 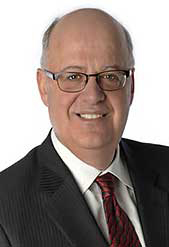 After five years of service on Toronto's Bay Street, Mr. Moutsatso returned to returned to Sudbury in 1993. Steve provides corporate and commercial law within the mining sector.